Creon Capital is committed to the development of the Russian Far East. Fund manager Florian Willershausen signed a memorandum of understanding with the head of the Far East Investment and Export Agency, Leonid Petukhov. The signing took place during the Eastern Economic Forum, which is currently held in the presence of the Russian President Vladimir Putin in Vladivostok. Both parties will exchange information on investment projects.

Russia’s “far east” is about eight hours away from the capital – already this is reason enough that investments in the regions of Vladivostok, Amur, Khabarovsk or Sakhalin remained low since the end of the Soviet Union. Domestic and foreign direct investment were directed to industrial structures in Central Russia, where companies benefited from the proximity to Europe and the spending power in big cities such as Moscow and Saint Petersburg.

This is changing rapidly. The government invests billions through a specialized Fund, the Far East Investment Agency spends enormous manpower in the reconstruction of this region, which actually has a lot to offer: Its resource richness, proximity to mega-markets like China, the sea access. The Gas-processing plant in the Amur region, which is worth 11.5 bn. Euro, is merely on example which shows, that even large and complex projects can be facilitated far from Moscow.

Creon Capital believes in the development opportunities and has set itself the goal of bringing together the regional governments of the Russian Far East with investors from Asia and Europe. In detail, the Memorandum of Understanding provides the following:

(1)     The Far East Investment and Export Agency will regularly provide Creon Capital with information about new investment opportunities, with relevance & according to the Fund’s scope. This could be, for example, a sizable project in the area of renewable energies, chemical and petrochemical industries.

(2)     Creon Capital will review relevant projects as investment opportunities. If a project is considered as inappropriate for the Fund, the managing company may suggest other co-investors from Asia and Europe, with which Creon Capital and its affiliated companies are working.

(4)     Creon Capital agrees to act as an intermediator between the Russian Far East and Asian or European investors, who might consider the region as an investment destination. The Fund managers might share information about the Far East, but they won’t promote it actively. 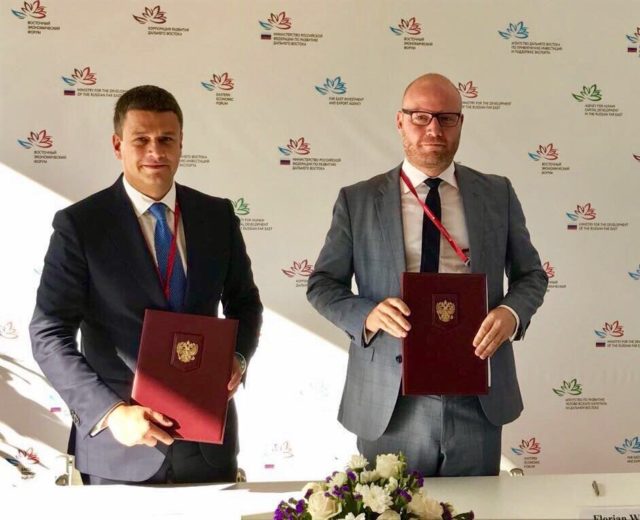 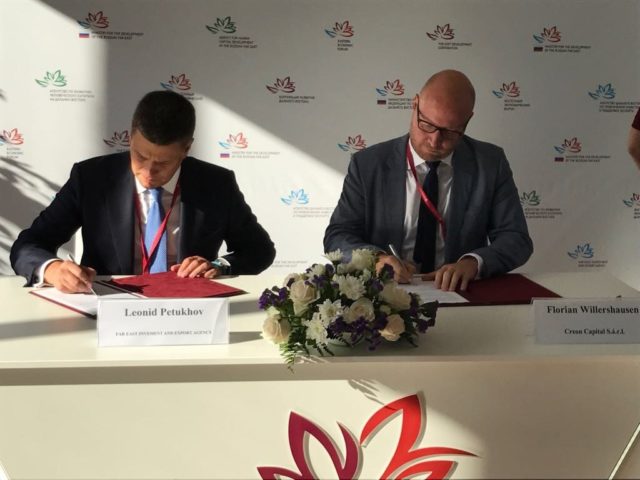