Senior managers from Creon Capital were part of a high-profile delegation from Luxembourg, that visited Kazakhstan from June 10. until June 13. The Grand Duchy’s prime-minister Xavier Bettel headed the group’s visit, which has been organized by the Luxembourg Chamber of Commerce. On a first stop in Astana, Luxembourg top-representatives from politics and the financial sector opened the country’s pavillon on Astana Expo-2017 until the delegation headed to Almaty, Kazakhstan’s “financial capital”.

The resource-rich Kazakhstan is an important emerging market in Central Asia, which could be linking China with both Russia and Europe. With a GDP-growth rate above two percent, the territorially huge country with a population of almost 18 million people is already an important logistics hub between east and west. And along China’s “New Silk Road” it could become an industrial center as well.

As a Private Equity Fund engaged in Eurasia, Creon Capital has been invited to join the delegation trip to Kazakhstan. CFO Ruslan Zaidan and Florian Willershausen (Director Business Development) used the opportunity to get in touch with partners for potential investment projects. And both top-managers shared their experience of investing in CIS countries with other members of the Luxembourg delegation.

After attending the Luxembourg-Kazakhstan-Business Forum, Florian Willershausen concluded: “It’s impressing how the Kazakh authorities improved the countries climate for foreign investors in the last couple of years.” Kazakhstan could become a powerful locomotive for growth in Central Asia and an interesting investment destination for the Creon Energy Fund, said Willershausen. 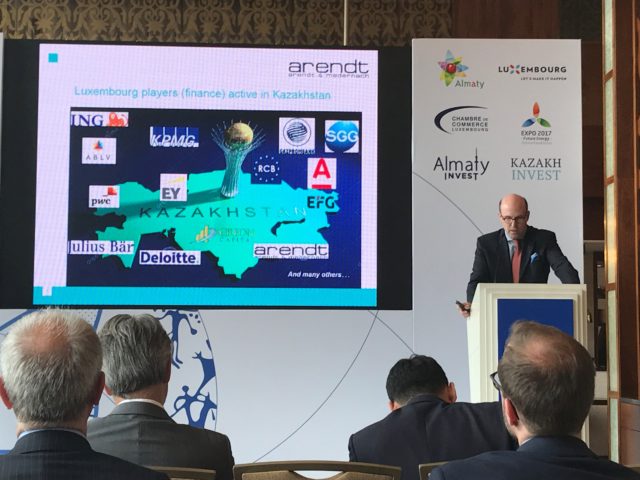