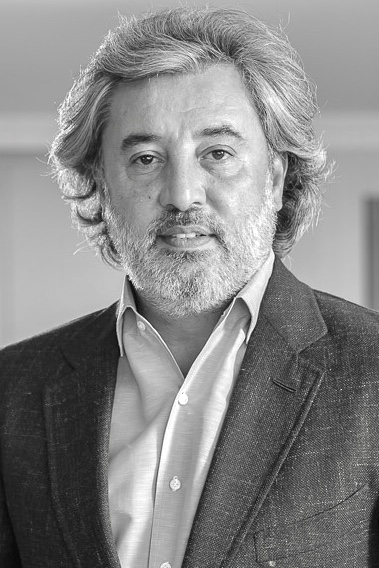 The European Green Deal should be extended to include the Eurasian Economic Union.

In June, the European Commission will present a package of bills detailing the European Green Deal, a strategy that aims to reduce CO2 emissions by 55% to 1990 levels by 2030, improve energy efficiency by 32.5%, and increase the share of renewables in the energy mix up to 32%.

One of the critical instruments of the deal must be the Carbon-Border Adjustment Mechanism (CBAM). Better known as the “carbon levy”, CBAM will be the second building block in a cross-border carbon management system that began to take shape in 2005, when the European Union launched its emissions trading system (EU ETS). Unlike the latter, CBAM will directly affect almost all non-EU countries that export a bright palette of raw materials, including vital fossil fuels to the EU.

If countering measures are imposed, this will definitely lead to a progressive inflationary process, higher raw materials prices and could potentially even downgrade the competitiveness of many EU-based manufacturers.

Bringing not only a challenge but an opportunity

Among these exporting countries is Russia, for which carbon levy is often viewed as a clear and a present challenge, while in reality, it presents an opportunity. First, because Russia has already done a lot to decarbonize its economy. In 2018, CO2 emissions in Russia amounted to only 52.4% of the 1990 level, as follows from Greenpeace. This was achieved through a radical restructuring of the economy that occurred after the collapse of the USSR, when employment and output in industry and agriculture declined, while in the environmentally neutral service sector, it grew.

Russia will not be satisfied with what has been already achieved. In 2016, the country joined the Paris Climate Agreement, and in 2019 it ratified them, officially committing itself to reducing emissions. The agreements will be supported by a 20% reduction in CO2 emissions in the 12 largest industrial centers of the country, announced by President Vladimir Putin in his April presidential address. For this purpose, the authorities will modernize industries, housing and communal services, as well as transport and energy by 2024, and extend the quota system for harmful emissions to all cities where the problem of air quality is acute.

Legislative changes will play a similar role. Last April, the Russian Duma adopted in the first reading a bill on limiting greenhouse gas emissions, while in the Sakhalin region, preparations have begun for a pilot project on carbon trading, which will be fully launched in July 2022.

Russia also has a massive industrial base in hydrogen, an industry for which a carbon levy will become an additional incentive. The government approved a short-term Roadmap for hydrogen anchoring the industry’s long-term goals in the Energy Strategy. According to its text, by 2024. Germany, which approved its hydrogen strategy in June 2020, could become one of the key markets for Russian producers. In the era of energy transition, hydrogen could play the same role for the two countries that gas played in the last third of the 20th century (remembering the “deal of the century” signed in 1970 by the USSR and the FRG).

The vast majority of companies in Russia are implementing ESG standards, supported by environmental and expert communities. An example is the rating of environmental transparency of Russian oil and gas companies, which has been first published since 2014 by the World Wildlife Fund (WWF) Russia with the CREON Energy group (recently, the rating began to cover companies from Kazakhstan and Azerbaijan). By ranking companies in terms of environmental disclosure, the rating forced them to issue non-financial statements regularly, not just occasionally. The rating also contributed to a lower flaring of associated petroleum gas (APG), given that the valuable use of APG is one of its components. In 2013, in the Khanty-Mansiysk Autonomous Okrug, a critical oil-producing region of Russia, the APG utilization rate was 90.9%, meanwhile, in 2019, it reached 94.4%, according to Rosstat data.

Finally, green standards are becoming more widespread in the Russian non-oil and gas industries. For example, in 2020, for the first time in its history, Russian Railways issued “green” ruble bonds (worth 100 billion rubles), and a couple of months ago placed “green” Eurobonds with a total amount of 250 million Swiss francs. These funds will finance green initiatives such as electric train purchasing.

With such a strong base, Russia cannot remain outside the global decarbonization agenda. Without Russia’s contribution, global decarbonization will be almost as impossible as nuclear deterrence was until 1969 when the USSR ratified the Treaty on the Non-Proliferation of Nuclear Weapons. The same effect could be brought about by the Eurasian Green Deal, which would extend the EU Green Deal to the Eurasian Economic Union (EAEU) led by Russia.

The first step of both parties could be to work together on the CBAM final configuration. How should a carbon levy be charged in reality? How to mutually minimize and distribute the high financial risks that will arise after it is introduced? How to vary tariffs on carbon exports and imports? By initiating a multilateral response to these questions on the principle of “One for all, and all for one”, it would be possible to define the basis of the Eurasian Green Deal. This will not only unite countries as diverse as Russia and Germany, Kazakhstan and Portugal, the Netherlands, and Belarus in the fight against climate change, but it will also make the energy landscape across all Eurasia much greener and competitively safer.

previousHydrogen: The Beginning Of A New Era In Energy